Showing posts from December, 2016
Show all

The Problem With White Supremacy

December 18, 2016
The problem with white supremacy is the supremacy, not that it is white supremacy in particular. I could not agree to that statement without reservations. These reservations arise because the way `white' is used as an identity marker can vary from community to community. In at least some cases -- for instance in the work of Sally Haslanger; it's also very common in cultural studies and swathes of the humanities, as well as activist circles influenced by these traditions --  `white' more or less picks out `people at the top of a local racial hierarchy'. Understood in this way then the initial statement might look like it's objecting to concreteness in analysis, objecting to focussing on an instantiation whereby a particular group of people have power, rather than an abstract form of supremacy as such. This, though, is not what I mean to agree to -- I don't want people to pay less attention to the particular mechanisms which underlie or uphold white supremacy,
17 comments
Read more

Conservative Under-Representation in the Academy

December 15, 2016
The topic of conservatives in the academy has recently gained a lot of attention -- for instance see here . There has been much gnashing of teeth over whether or not conservatives are somehow repressed or otherwise under-represented in the academy. I think this is a bit more diffuse a phenomenon than has been made out, and I think a lot of the works in the genre are either awful or just crude propaganda. So, I think I can do better, and in particular do so with the help of some distinctions because that's how philosophers roll. I begin with a (non-exhaustive) typology of (British and American) conservatisms. Risk-Averse Conservatism: the basic idea here is that societies are very complicated things indeed, and lives are on the line if we mess up. As bad as things are now, we may still want to be very cautious in reforming things; because short of a state of Hobbesian anarchy they could always be much worse, and our ignorance of the nature of society is such that we are disturbi
15 comments
Read more 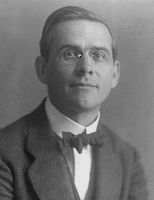 Moritz Schlick--  "The 11th Doctor  stole my look." Sometimes, when philosophers are bored, we get to describing Utopia. A little known fact about one of my philosophical faves (#NoFaves?) is that he indulged in this pass-time.  Shortly before he was murdered in 1936, Schlick had prepared a manuscript for what was to be the basis of a book on social and political philosophy. Drawing entirely from the work of  Hubert Schleichert , I'll give a quick summary of Schlick's views on the perfect society. I think it reveals a very different side of Schlick to the one philosophers are familiar with. (How on earth would you verify these propositions!?) Note that I am describing without endorsing - I'll say a bit about what I think of it at the end. It's a long post today! Schlick starts from the assertion that There is nothing in our European civilisation that causes more grief than the state. Under it we suffer most. He then tries to analyse why this is and w
Post a Comment
Read more 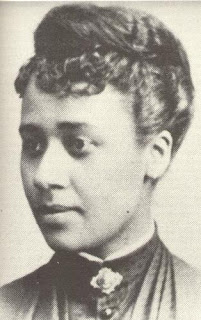 Anna Cooper - ``Liam is a fan of how generally disappointed with everyone & everything I seem to be in this photo.'' A long time ago me and some comrades -- the magnificent  Dan Malinsky and the terrific  Morgan Thompson -- got together to discuss intersectionality theory. Intersectionality theory is a set of ideas that has recently gained prominence after influential work by Kimberlé Crenshaw and the origins of which is often traced back to work by Anna Julia Cooper. It stresses the various ways in which the fact that we simultaneously occupy multiple demographic categories can complicate or undermine social theories that attempt to focus on the consequences of just one demographic category at the time. Examples of allegedly insufficiently intersectional approaches to studying social life are feminist theories of patriarchy, or Marxist theories of class oppression -- the charge of the intersectionality theorist is that something very important is missed out by ne
4 comments
Read more
More posts