Showing posts from April, 2019
Show all

Carnap Did Nothing Wrong! 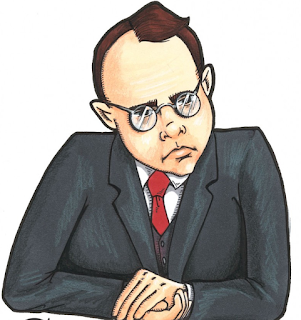 This is a post about what it means to have a fave, a philosopher one likes and identifies with and champions. Spurred by the fact that folk on twitter pointed out that more people will hear of Carnap though my social media promotional efforts than actually read him. (Incidentally, the rumour mill has it that Kristie Dotson has in production a paper on philosophy as a fandom, so watch that space!) But first a note on how I got here. Back in the day I used to always say #NoHeroes and had various arguments against the role of hero worship in academia and intellectual practice. I thought (and in fact still think) that it is bad for scholarship and the way we organise ourselves as a discipline that some figures gain such high stature in the prestige economy of our discipline. For instance, people become overly charitable to their views, and thus come to misrepresent them or fail to acknowledge clear reason to reject their claims - and we thereby lose out on valuable sources of intellectual
3 comments
Read more

April 07, 2019
I write this as someone who is largely a consumer rather than producer of the sort of work I am going to critique. I am confident that what I say will sound obvious in theory and is no doubt something people training to comparative philosophers are quite aware of - but since I am a frequent consumer I am also confident that it is frequently violated in practice even if theoretically people know better. As ever, I don't like to link to negative exemplars, so if you don't believe me on that point I am happy for us to just disagree about the existence of the tendency I here bemoan. So here is a thing I see a lot of in articles introducing English speakers to some form of philosophy that is not typically studied by English speaking philosophy students.  (I am going to say "non-mainstream-Western" philosophy, but only because I don't know a better way of referring to the class I have in mind, that's not a great term either.) Maybe it's philosophy in pre-moder
Post a Comment
Read more
More posts