Showing posts from August, 2019
Show all

On The Unity of Science, or - All Philosophy Is Political! 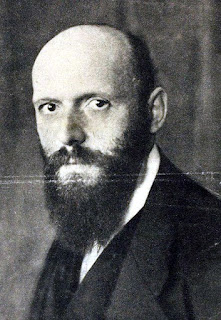 Recently there has been much discussion in the philosophy online regarding the slogan "All philosophy is political" (when expressed negatively by those who disagree, it might be the slogan: "Resist the politicisation of philosophy!"). I said to an LSE graduate student that I rather thought that this slogan didn't capture much of interest and we should stop discussing it. I do think that, but on reflection I thought that might have slightly misled as to my actual opinion so I should write a blog post. Prompted to actually write by this piece from Oliver Traldi, which clarified multiple senses of the term and touches upon the sense I am interested but which I think still doesn't lay the emphasis on the sense in which I think the slogan is true and which is also, I think, upstream of the actual conflicts we see. (Subsequent to posting it occurred to me that this blog post is also broadly similar to points Barnes made here .) I think the fact that all philosoph
Post a Comment
Read more

An Interesting Case of Philosophical Consensus

August 01, 2019
This is just a brief note to point out something I think rather obvious but which bears more emphasis. As far as I know every theory of distributive justice, or maybe justice in property holdings, agrees that the present actual global distribution of stuff is not just. I don't have any fancy argument for this. It's actually quite an immediate entailment for most of them. Trivially, for instance, realist theories (or those versions of Marxism that have realist elements), are not going to say that the present world order is just if only because they won't say that about anything. Only slightly less trivially libertarian theories - or really anything which grounds the justice of a division of property in its being justly acquired and transferred by free consenting agents - are bound to say that the present distribution of stuff is immoral. We all know that De Beers don't own those diamonds, and Shell-BP doesn't own that oil, because of a series of free trades with
2 comments
Read more
More posts